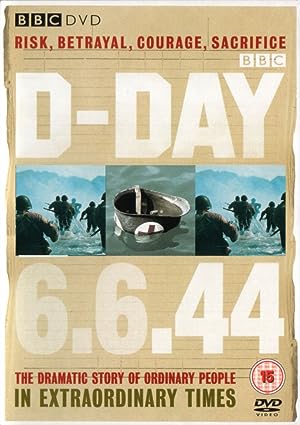 a pious remembrance for all our dead.

Berlin will be delighted

with their new recruits in Swansea.

Who will be the brothers

in the Aryan World Order?

I was thinking of creating

a few salesmen, a WREN, perhaps.

And how's your mistress, Agent J5?

from the War Office.

Still asking for clothes and perfume?

the more information, the more risk.

the whole house of cards could collapse.

It is elaborate and beautiful.

Many of the people of France

accept neither capitulation nor servitude.

It is therefore essential to gather as

I invite all those citizens who seek

Despite France's fall to Hitler's forces,

are involved in some form of resistance.

Amongst the Resistance fighters is

I was part of the Resistance

My first group was disbanded.

My second leader was arrested and shot.

I am very lucky to have survived.

But by the spring of '44, the most crucial

is the mapping of the German defences

on the Normandy beaches.

Near the village of Merville they have

identified a lethal threat to the Allies -

within range of the beaches.

I was meant to stand in for the captain

because he was going on holiday.

I didn't want to shoot,

so I was trained as a surveyor.