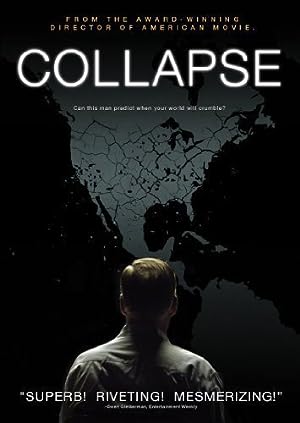 And that message now is the single

most important thing in my life.

It's the only thing in my life. Well, except for

playing with my dog,

and long walks on the beach.

I first became focused on energy issues in late 2001.

I was contacted by a geologist,

who introduced me to the concept of peak oil,

and the basic issues about energy, and helped me

to realize that there was a great deal of evidence

but that government agencies were acting

and responding as if it was very real.

All plastic is oil. Most paints,

all pesticides are made from oil.

Everything from toothpaste, to toothbrushes,

is made from oil.

There are seven gallons of oil in every tire.

There is nothing anywhere,

in any combination that will replace

the edifice built by fossil fuels.

Much easier than it was a long time ago.

People have felt what 147 dollar

if you know what a Bell curve is,

goes up, comes down.

Peak oil is the point of oil production when

you're at the top of the Bell curve.

And essentially, what that means,

is you've used up half of the resource.

Uhm, but in the case of oil, or any other substance

like that, no matter how much money you throw at it,

you're never gonna be able to increase

oil production above where it was at peak.

As of 2008, the international energy agency

has admitted that there is a global 9%

That's the equivalent of about 8 million barrels a day.

There is no way, having plucked all the low

Michael Craig Ruppert (February 3, 1951 – April 13, 2014) was an American writer and musician, Los Angeles Police Department officer, investigative journalist, political activist, and peak oil awareness advocate known for his 2004 book Crossing The Rubicon: The Decline of the American Empire at the End of the Age of Oil.From 1999 until 2006, Ruppert edited and published From The Wilderness, a newsletter and website covering a range of topics including international politics, the CIA, peak oil, civil liberties, drugs, economics, corruption and the nature of the 9/11 conspiracy. It attracted 22,000 subscribers.Ruppert was the subject of the 2009 documentary film Collapse, which was based on his book A Presidential Energy Policy and received The New York Times' "critics pick". He served as president of Collapse Network, Inc. from early 2010 until he resigned in May 2012. He also hosted The Lifeboat Hour on Progressive Radio Network until his death in 2014.In 2014, Vice featured Ruppert in a 6-part series titled Apocalypse, Man, and a tribute album, Beyond the Rubicon was released by the band New White Trash, of which he had been a member. more…