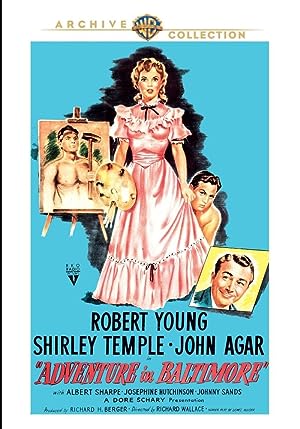 In order to save you from a severe case of indigestion

..your sister Dinah has been expelled.

- CHILDREN ALL TALK AT ONCE

TROMBONE:
"My Bonnie Lies Over The Ocean"

Gene, can't you play anything else?

Your momma ain't paying me 50 cents a day to sit still.

Do you mean to say we only pay you 50 cents a day?

Things will change when we women can vote. You'll be emancipated.

- I need models and I can't afford to pay them.

- Can't you find someone who will sit still for nothing?

- Only if they're unconscious!

When I unpacked for you, I found...

Where did these things come from?

A man on the train helped me with my case.

I started talking to him and he turned out to be James J Jeffries.

He gave me the gloves as a souvenir.

He even showed me his special punch he used on Bill O'Brien.

Ada... I think we need more starch in these shirts.

Momma, didn't you hear what I said? I met James J Jeffries.

Yes, I heard you. And I want you to remember not to talk to strangers.

When a man reaches that eminence, he's not a stranger.

He belongs to his public.

When I'm a famous painter, I'll belong to my public.

It would comfort me if you didn't lose touch

with the dustpan and broom.

Start with the back porch, dear.