Synopsis: One called Movie talking about small child living in poor family And decorate the small house from the inside as if he lived in a virtual world and put on earphones so that the daily quarrels between his father and mother due to need and poverty were not heard, and from here began the story of his studies in computer technologies and films, and I leave you to read the fun story Action Technology and crime for the first part of the film, Greetings
Asking price: Negotiable
Genre: Action, Animation, Thriller
Purchase  Marketplace  PDF  Collection

Is the beginning of a sequel of films and adventures.

The introduction to the films incorporates Action, Adventure, Romance, Drama and Laughter........

Each movie gets more risky/daring and interesting, almost unbelievable having the audience second guessing and on the edges of their seats at all times.........

Different people are involved, but Mike is always featured in all the films/scenarios.

He is the character who exploits what was originally an idea created and invented by Tom to get them out of South America and to seek a better life, with his wife and family living happily ever after.

Mike sees the potential of this new idea/opportunity, after many years of a hard life in South America.

He gets confident with this and eventually steals it from Tom for his selfish gain. This happens later on in the movies as the film progresses and develops.

There are at least 5 kidnaps per movie, the kidnappings increase, kidnappings for far more money and taking more famous people, in unbelievable impossible obvious situations, as the movies roll on.......

Cast in South America, poor families, living in a poor neighbourhood, hard working parents, thrifty wasting nothing, recycling and re-using everything, fixing broken things, always with their family at the forefront of their mind.

Mary - Girl/Clever/Beautiful and Popular girlfriend of

Our story begins with a scene of the mother and father shouting about money, lack of food, set in an old house, in an old kitchen and they both had no money for very little.

The father cannot work, he drinks too much, there’s no work it’s a terrible situation for the family............

The mother shouts at the father telling him, “you must work, we have children to look after, and feed and care for.

The small girl hides frightened in the small room and the boy runs to his tree house outside, and he climbs up the tree into a small room.

Inside tree house he has created a small room.

He has painted the whole room black with the roof/ceiling painted blue like the sky above.

On the walls, he has painted true to life beautiful drawings and designs of aeroplanes and birds and boats and sea as his wall murals.

He lay on the small mattress inside the room looking up to the sky with his headphones on.

He didn't want to listen to his parents fighting.

He closed his eyes looking to the sky, thinking that he was diving in the sea and fell asleep.........

The beginning of this story is set within a poor locality located in South America.

His parents very devout Christians from, a caring and loving family, christened and baptised their son, calling him Tom.

Tom, was very smart, his parents recognised this from a very early age, born to a very poor family, he had one sister.

His father worked hard at many different jobs, but there was not much work available being away from the home for long hours, to bring the support and food for his family.

His father inherited his farm and some land, from his father.

They had a small house on the farm and the father worked very hard every day with little or no rewards.

In his spare time he began to build an extension to the existing family house for his family's’ comfort as they grew.

His father was so happy that he and his loving wife conceived a son and as a welcome gift for his future son.

He built him a tree house within the confines of the farm.

After 7 years the boy attended the school which he went to every day, and every day he played in the tree house where he began to invent many practice and time saving ingenious things for the house, using nature and gravity and the natural elements, like counter balances that would activate a stairway up to the tree house, and harnessing water that would service the house with a water supply, he made many things that made the tree house a very special and unique place to be, so he could escape and be alone free.

Tom blossomed in this environment, always thinking and creating and drawing many incredible ideas.

His father saw from an early age his sons’ superior capabilities, and when Tom was 7 years old, his father began to build him a large workshop in a garage away from the house.

Here Tom could build and concentrate on his amazing thoughts, and develop and test his inventions and ideas.

Tom spent most of his time in the workshop and excelled at his studies. 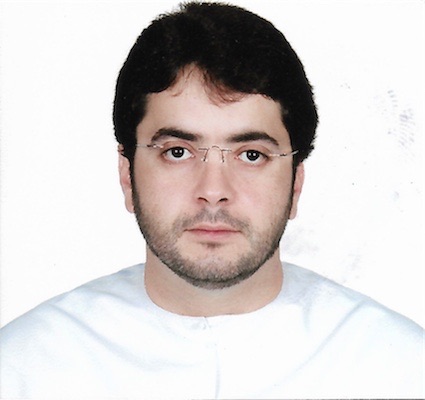 I am working as a legal advisor and attorney I have a lot of experience in this field I like to think about everything new, interesting and fun I wrote the story of this movie from my imagination, which is in line with the real and possible reality in all its details and story.

Discuss this One called movie script with the community: