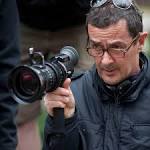 Julian Farino (born 12 December, 1965) is an English film and television producer and director, who was sports editor of The Guinness Book of Records and is now perhaps best known for his work as director of Entourage and producer of various films in the United Kingdom. Farino was born and raised in London and educated at Cambridge University. He began directing film documentaries at Granada Television in England, making a sequence of observational films about drag queens, young classical musicians, children's entertainers and boxers. They Call Us Nutters was a portrait of life on a ward of Ashworth Maximum Security Hospital, and A Winter's Tale described life in the coldest inhabited place on earth, Oymyakon in Eastern Siberia. In 2000 he directed 7Up 2000, a continuation of the multi-award winning documentary series, featuring 7-year-olds from all over Britain - a project that continued with 14 Up in 2007. His film drama in the UK includes an adaptation of Charles Dickens's Our Mutual Friend, which won four BAFTAs including Best Drama; Bob and Rose, a romantic comedy which won Best Series at The British Comedy Awards; and Flesh and Blood, starring Christopher Eccleston, which won the Prix Europa for Best Film. Other credits in the UK include The Last Yellow for BBC Films starring Samantha Morton and Mark Addy, and Byron, a biopic of the romantic poet, starring Jonny Lee Miller and Vanessa Redgrave.

Share your thoughts on Julian Farino' movies with the community:

Use the citation below to add this director page to your bibliography: